Deliverance- The act of being set free
NaNoWriMo 2019 is a part of my plan to finish the year strong and to launch into a new success in 2020, to whit I need to use this month a little differently than it was originally intended by its creators.
The goal of 5,000 words a day is not the point of this work for me. I have lots and lots of words written on literally thousands of pages of manuscript. I do not need to make more words. I need to make sense of the words I have written and figure out how to use them in communicating to an audience which I believe God is in the process of creating.
One of the items on my to do list is to work through the philosophy of Pork Chops With the Sentinels of Azatan and to understand how that plays into the greater message of the story I am telling.
Yesterday I said my mentor challenged me to learn to love all of my characters, to give them grace. As I come to understand how the characters in my book think about life’s topics I believe it will help me to know and to love them.
Last night I began dealing with the topic of deliverance which comes up in the book. What is deliverance? How does it work? Even more important, what keeps people from experiencing deliverance in their personal lives?
As I was contemplating this on a writer’s walk last night I was reminded of a story from the Gospels about two women named Mary and Martha

38-40 As they continued their travel, Jesus entered a village. A woman by the name of Martha welcomed him and made him feel quite at home. She had a sister, Mary, who sat before the Master, hanging on every word he said. But Martha was pulled away by all she had to do in the kitchen. Later, she stepped in, interrupting them. “Master, don’t you care that my sister has abandoned the kitchen to me? Tell her to lend me a hand.”

41-42 The Master said, “Martha, dear Martha, you’re fussing far too much and getting yourself worked up over nothing. One thing only is essential, and Mary has chosen it—it’s the main course, and won’t be taken from her.” Luke 10:38-42 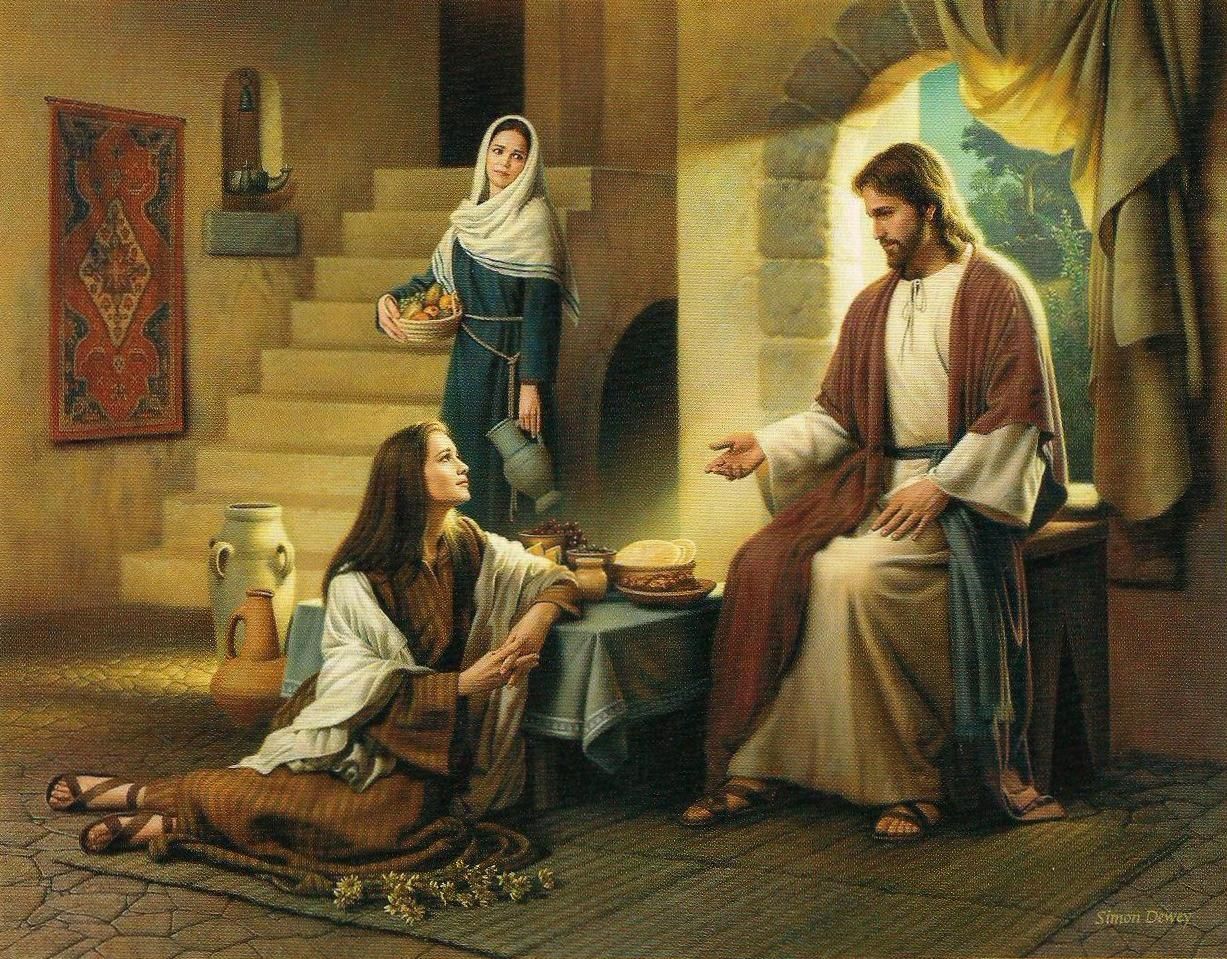 A lot has been written about Jesus and these two women, their differing reactions to having Jesus in their home and Jesus estimation of which reaction was the best. The story is pretty plain in its explanation. Some like to make it a tale about prayer. Others like to use it to focus on the import of the spiritual over the carnal. I think it is a story about deliverance and a story about focus.
I think Mary was set free and I think Martha was chained up. Mary was delivered and Martha was held captive. I don’t think it had anything to do with the fact that Mary sat down with Jesus while Martha did the dishes. I think it was about focus. Mary focused on Jesus and made his visit her purpose. He was the important thing that night and she focused on what was important. Martha focused on cleaning the house. Jesus was Mary’s focus and the house was Martha’s focus.
Now this isn’t a dissertation on whether or not we should clean our houses. It is a chat about why we do the things we do. If Martha had been cleaning the house in order to show her love for Jesus then maybe she would have been content and set free as much as Mary was. Maybe the story would have ended with Jesus and Martha sharing a cup of tea in the kitchen after everyone else had been dismissed. Maybe the story would have ended in a moment where Jesus praised Martha for her diligence instead of rebuking her for her insecurity.
I don’t think Martha’s problem was a work problem. I think it was a focus problem. Something in her life made her dirty supper dishes more important than Jesus. Something in Mary’s life made her willing to do whatever she had to do to focus on Jesus rather than the housework, not because housework was unimportant but because Jesus was more important.
This plain little story gives me fodder for NaNoWriMo 2019 and my contemplation about the philosophy of deliverance in my characters. What or who causes a person to be delivered or not delivered from anything? Is it really as simple as where we put our focus? Who we focus on? If so what keeps us from simply shifting our focus? I see in my characters the truth that the only thing holding them back is their own thought processes. It is what they choose to focus on that keeps them distracted from what the Message Bible calls “the main course.”
I find that very sad indeed!