“It is not sin, but grace, that will make me indeed know myself a sinner, and make the sinner’s place of deepest self-abasement the place I never leave.” Andrew Murray, Humility, pg. 52

“As health expels disease, and light swallows up darkness, and life conquers death, the indwelling of Christ through the Spirit is the health and light and life of the soul.” Andrew Murray, Humility, pg. 51

Each day holds a surprise. But only if we expect it can we see, hear, or feel it when it comes to us. Let’s not be afraid to receive each day’s surprise, whether it comes to us as sorrow or as joy It will open a new place in our hearts, a place where we can welcome new friends and celebrate more fully our shared humanity.

“…Neither is new wine put into old wineskins. If it is, the skins burst and the wine is spilled and the skins are destroyed. But new wine is put into fresh wineskins, and so both are preserved.” Ma. 9:17 ESV

My grandfather was once asked to host a dinner for his church. As a restaurant owner,Gramps was an old hand at serving food to large groups of people (that’s why the church asked him after all); So he went about preparing for the meal and setting things up so that feeding the community would go off with maximum efficiency and minimum effort.

He ordered the meats and supplies through his wholesaler and brought in some of his equipment from the restaurant for the event itself. One of the things he ordered to expedite the coffee service was a box of individualized creamers.

The day of the event he set up his teams and then posted himself in the kitchen to tend the meats while the dining room staff set up the tables, coffee service and dessert centers. Alan was in charge of the coffee service.

Once he saw that the ham and beans were well situated Gramps took a spin around the fellowship hall to make sure things were going all right: table cloths were on, silver was set out, the dessert table was on its way to completion and there was Alan busily opening each individual creamer and pouring them all into the old silver creamer sets the church owned.

“Alan what are you doing?.” My grandfather asked.

“Well I am trying to get all the cream into the church pitchers, Joe.” Alan replied matter-of-factly.

“But Alan those are individual creamers. They aren’t meant to go into the pitchers. You just need to put them in a bowl with some ice and people serve themselves.”

Alan looked at my grandfather completely astonished at what Gramps was suggesting, “Well Joe that just ain’t Christian!”

We Christians really do hate change. We get used to God moving in a certain way and we make a sacred cow out of the method forgetting that God only uses certain wine skins (or certain creamer pitchers) for certain seasons.

Our church, not just Cornerstone but the universal church, is going into a new season. Let’s not forget that the way God moved up until now may not be the way God chooses to move in the days ahead.

I am not talking about matters of biblical directive (which are set in stone). I am talking about methods and structures of church living (which change with the generations and culture). A new harvest field, a last days harvest field requires a new set of tools to effectively bring in the harvest.

God is setting us up for change folks and we have to be ready for it. We cannot complain when it comes, after all we prayed for it; So as the church changes around us to accommodate for this new harvest remember these words from the Apostle Paul:

“that at the name of Jesus every knee should bow, in heaven and on earth and under the earth, 11and every tongue confess that Jesus Christ is Lord, to the glory of God the Father.

Lights in the World

12Therefore, my beloved, as you have always obeyed, so now, not only as in my presence but much more in my absence, work out your own salvation with fear and trembling, 13for it is God who works in you, both to will and to work for his good pleasure.

14Do all things without grumbling or disputing, 15that you may be blameless and innocent, children of God without blemish in the midst of a crooked and twisted generation, among whom you shine as lights in the world, ” Phil. 2:10-15 ESV

Let’s set our determination so that when every thing inside feels like screaming for a halt to the changes, we instead react like the little child of faith who simply bends his knee to speak with the King about the concerns at hand. 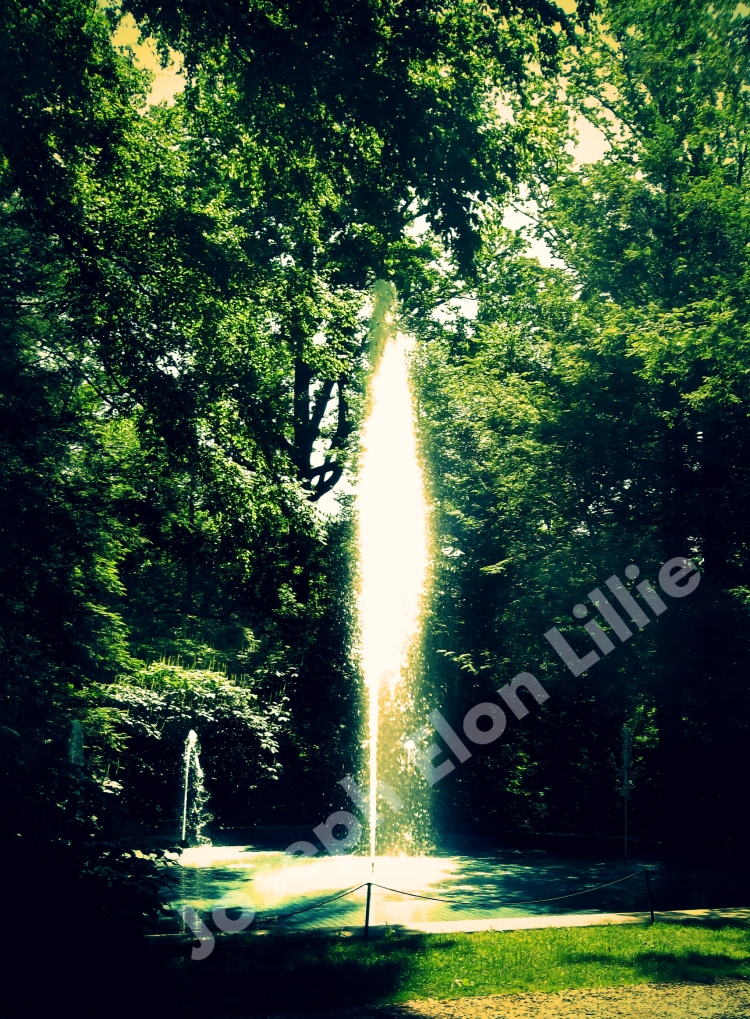 “May God teach us that our thoughts and words and feelings concerning our fellow men are His test of our humility towards Him.” Andrew Murray, Humility, pg. 45

The great test of whether or not the holiness we profess to seek or to attain, truth and life, will be manifest in the increasing humility it produces. In the creature, humility is the one thing needed to allow God’s holiness to dwell in him and shine through him.” Andrew Murray, Holiness, pg. 41

“True humility comes when, in the light of God, we have seen ourselves to be nothing, have consented to part with and cast away self and to let God be all.” Andrew Murray, Humility, pg. 36

“The insignificances of daily life are the importances and the tests of eternity, because they prove what really is the spirit that possesses us. It is in our most unguarded moments that we really show and see what we are.” Andrew Murray, Humility, pg. 34

I have been trailing a week behind my happiness  for about two weeks now.  That isn’t  a bad thing. Breathing in happiness fumes is good for the soul! Still I thought I would catch up today by sharing some of the really good news coming out of C.cada (our artist’s collaborative).

“Wonders happen either way. With you or without you.”
― Sergey Vedenyo

Because that is true I have chosen to be part of the wonder that God is creatingthrough this incredible group of people called C.cada

Our artists recently lent their aid to Special Touch REACH New England’s disability awareness day. A number of our prayer shawlers and crafters came together to help our guests create a “paper quilt” 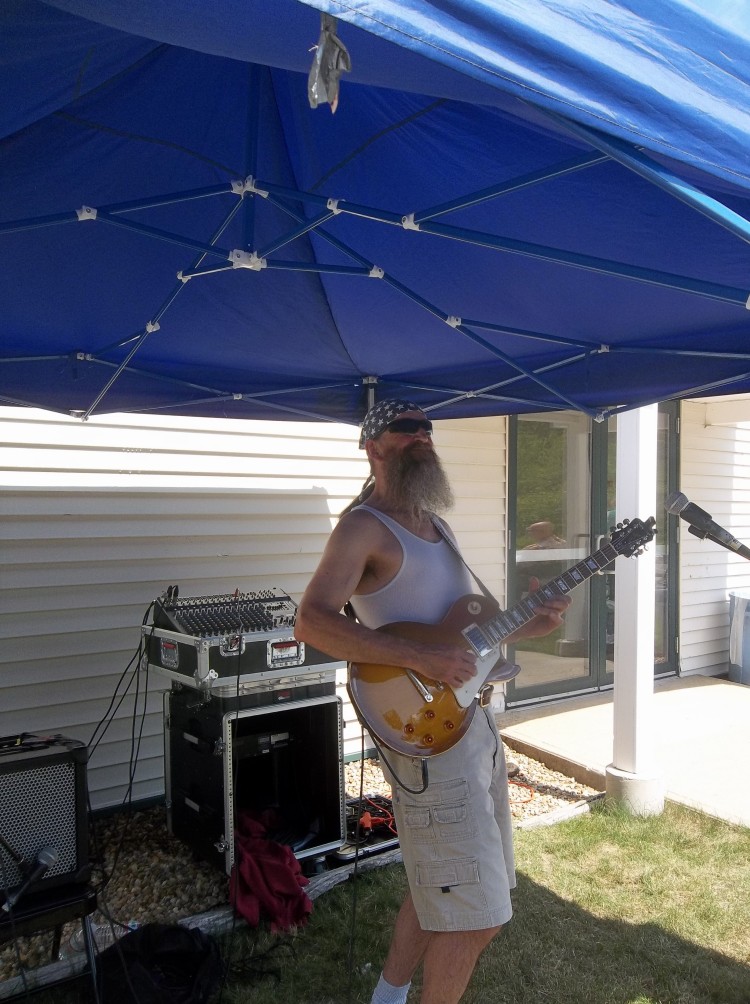 Clayton Phelps lent his guitar to the Special Touch cause as well!

“Happy is what I feel; Joy is what I experience.”
― Todd Stocker, Refined: Turning Pain Into Purpose

This is Lisa Johnson, one of our artists. At our most recent gathering she got a little stuck. It happens.
Joy comes in working through the sticking points however big or small they might be. Some call this suffering for your art. I call it creative discipline.

One of the reasons C.cada exists is so that we can encourage one another in our giftings and spur one another on to love and good works. To that end we all work on projects together throughout the year. Our monthly gatherings are about pushing each other through the dry spots so that we actually get artwork done and then together we get that artwork out into the community.

“Joy is a gift given not an emotion earned.”
― Todd Stocker, Refined: Turning Pain Into Purpose

One of God’s gifts to me is having children who use their gifts for the Lord. Here is my daughter Melanie at our recent C,cada gathering.

And here is my other daughter, Amanda, helping Melanie with her current art project.

“Don’t look to others to give you happiness. Grow it within yourself and share it with the world around you. Bets are, if you give a bit of your happiness to the world, it will begin a ripple effect, and who knows how many other people you can help. It’s never too late to decide that your happiness (or whatever it is that you want) is yours to create and not the other way around.”
― Leigh Hershkovich

C.cada is about sharing the joy God has to given us with the world! 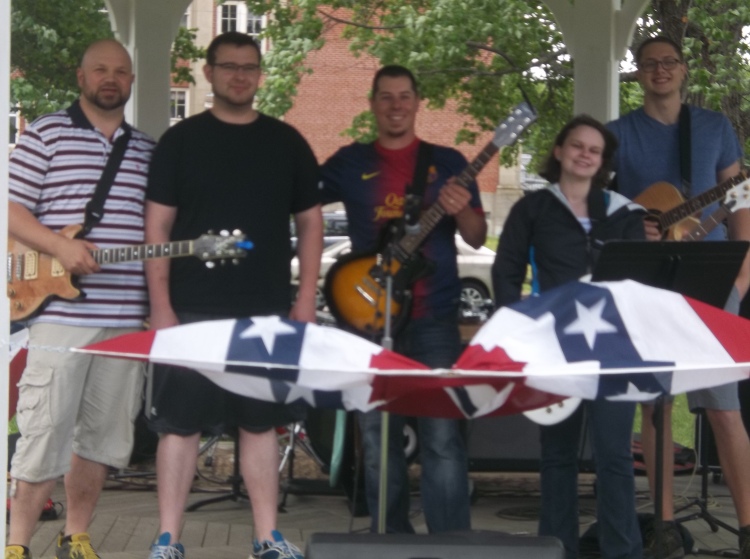 One Desire has cut its first album of all original worship music and is preparing to share that in a night of worship at a local auditorium.

Our artists just began their splatter painting which will be used to promote the Cloverton concert coming to our church this fall.

For all these kingdom advances coming through our artist’s collaborative I am extremely grateful and happy!

The prayer shawl ministry has created over forty new shawls to be given as gifts to those in need of healing.

“…let us pray to God that other gifts may not so satisfy us, that we never grasp the fact that the absence of this grace (humility) is the secret cause why the power of God cannot do its mighty work. It is only where we, like the Son, truly know and show that we can do nothing of ourselves, that God will do all.” Andrew Murray, Humility pg. 32