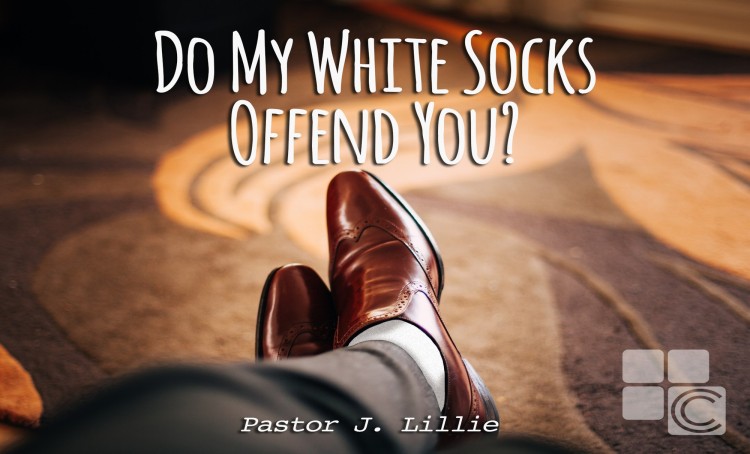 Here is Pt. 4 of Cornerstone’s Palm Sunday service, “Do My White Socks Offend You.”

We need to draw our lines in the sand with meekness.

Jesus drew his line in the sand at the triumphal entry with meekness or gentleness.

“Say to Daughter Zion,
‘See, your king comes to you,
gentle and riding on a donkey,
and on a colt, the foal of a donkey.’”[a]

Jesus had all the power in the world. He had hands that cleansed leprosy with a touch, a voice that controlled demons and raised the dead. He had the power to walk on water and to control the weather. He could make food appear out of thin air, and he had the ability to see the future. He could kill with a word as he had demonstrated with the fig tree, and heal people without even being present. He had the favor of the people at that moment, and you know he could have chosen a Roman war horse to ride in on. Instead Jesus , the king of Kings and Lord of Lords decided to ride into Jerusalem on a donkey. He had all kinds of power he could have used and yet he chose to ride in among the people the same way his mother had ridden into  Bethlehem 33 years before, on a donkey.

A week later Jesus said this to his disciple Peter when Peter tried to defend him with violence,

“Put your sword back in its place, for all who draw the sword will die by the sword. 53Do you think I cannot call on my Father, and he will at once put at my disposal more than twelve legions of angels? 54But how then would the Scriptures be fulfilled that say it must happen in this way?” Matthew 26:52-54

If Jesus line drawing was done humbly and gently and non-violently should our line drawing be done in any different attitude?

So many of our brothers and sisters have forgotten that our warfare is not like the world’s warfare. We don’t fight like the world fights any longer. Galatians 5:20-23 tells us we are called to leave behind malice, hatred, quarreling, division, dissension and jealousy and we are called to fight with the weapons of love, joy, peace, patience, kindness, goodness, faithfulness, gentleness, and self-control.

If you lilked this you can find the whole service by clicking HERE TO GO OVER TO NOTES FROM THE VICARAGE.

2 thoughts on “Do My White Socks Offend You Pt. 4”