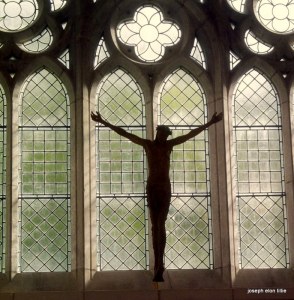 We are continuing today our discussion through the Book of Romans. We’ll be spending at least another day in Romans 1:11 because there is a bit more I have to say on the subject of spiritual gifts.

I long to see you so that I may impart to you some spiritual gift to make you strong—Romans 1:11 NIV

I suppose most of you don’t know this but I wasn’t always a Christian. I wasn’t raised in a Christian home. My parents were agnostics influenced by the early New Age movement. In my pre-teen and early teen years I was an avowed pagan. I wouldn’t have called myself wiccan, exactly, but I did spend time channeling spirits and talking to “angels”.  I tried astral projection and did have a few out of body experiences.

It was more than a flight of fancy. I experienced real power in my pagan practices. I craved power. I craved strength because, God knows, I wasn’t finding those things in my earthly experience.

My initial decision to attend church was actually at the insistence of one of my spirit guides. I think I was supposed to make some kind of scene in the church and disrupt the service. That didn’t happen. I remember walking in the door and being hit with the presence of the most amazing love I had ever experienced. I was overwhelmed by it actually. It wasn’t the preaching that did it. I could hardly understand the Pastor who was from Trinidad. It wasn’t the music. There really wasn’t any. The piano player only knew “Jesus Loves Me” So she would get up and clap to any song that wasn’t that.  And the I didn’t experience love because the people were wicked friendly or anything. It was New England after all. There was one lady in the congregation who prophesied just about every week. She was so mean when she did it,the Pastor eventually asked her to stop and when she wouldn’t he had to kick her out of the church.

The love came through the people from God as a spiritual gift to me. It was an atmosphere they created more than an action they practiced. It wasn’t what they did that brought the love. It was was Who dwelt in them that caused me to experience it, as I sat in the church service and heard the people worship. It was a gift imparted.

For the first time in my life, love was becoming a force stronger than every other spirit I had ever experienced. In its presence the voices in my head were silenced and I was left powerless in its wake.

Then I learned that this power, this love, wanted to dwell inside me and strengthen me for life.

One of the reasons I became a Christian was because I became convinced that no other power in the universe could match this God of love I was experiencing. I wanted to align myself with that kind of power. It was not a question of me accepting Christ. I knew He was bigger than me and bigger than all the other spirits I had been entertaining. It was a question of Him accepting me. The question I had to toy with once I acknowledged that God was God and there was no other was, “would He accept me?”

He did! The spiritual gift of salvation was imparted to me the very  day I asked.  I will go on from here to speak about the impartation of the Spirit called the baptism of the Holy Spirit tomorrow, but first…

why don’t you take a bit and tell me about your own experience of meeting God.

3 thoughts on “The Road Through Romans: The Thing About Spiritual Gifts…”