We have been discussing the heart that is acceptable to God over the last several days. 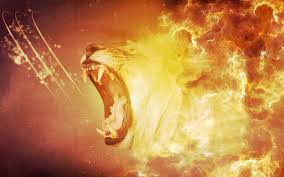 This is an example of Saulish worship. God gave a command. That command was, “Destroy everything.”

Saul reinterpreted that to mean “Destroy everything but those things you find useful.”

Then he compromised and said, “Well I won’t do what the Lord said to do but I will worship just after my own fashion. That will be good enough. God’s way costs too much. God’s way is too hard. So I have a better way. I am still going to worship God but I am going to do it in a way that makes me comfortable, a way that benefits me as well as God. God gets some of His way and I get some of mine.”

I believe this is the mindset that those on the day of judgment in Matthew 7 will hold (see Saulish Worship Pt. 1). They will worship God according to their way. Jesus says they do not do the will of the father even though they worship and serve. They are like Saul worshipping God but only in the way that makes them comfortable.

In contrast there is another story from 2 Samuel 24 of How David, the King after Saul, worshipped.

“David was conscience-stricken after he had counted the fighting men, and he said to the Lord, “I have sinned greatly in what I have done. Now, Lord, I beg you, take away the guilt of your servant. I have done a very foolish thing.”

11 Before David got up the next morning, the word of the Lord had come to Gad the prophet, David’s seer: 12 “Go and tell David, ‘This is what the Lord says: I am giving you three options. Choose one of them for me to carry out against you.’”

13 So Gad went to David and said to him, “Shall there come on you three[b] years of famine in your land? Or three months of fleeing from your enemies while they pursue you? Or three days of plague in your land? Now then, think it over and decide how I should answer the one who sent me.”

14 David said to Gad, “I am in deep distress. Let us fall into the hands of the Lord, for his mercy is great; but do not let me fall into human hands.”

15 So the Lord sent a plague on Israel from that morning until the end of the time designated, and seventy thousand of the people from Dan to Beersheba died. 16 When the angel stretched out his hand to destroy Jerusalem, the Lord relented concerning the disaster and said to the angel who was afflicting the people, “Enough! Withdraw your hand.” The angel of the Lord was then at the threshing floor of Araunah the Jebusite.

17 When David saw the angel who was striking down the people, he said to the Lord, “I have sinned; I, the shepherd,[c] have done wrong. These are but sheep. What have they done? Let your hand fall on me and my family.”

18 On that day Gad went to David and said to him, “Go up and build an altar to the Lord on the threshing floor of Araunah the Jebusite.” 19 So David went up, as the Lord had commanded through Gad. 20 When Araunah looked and saw the king and his officials coming toward him, he went out and bowed down before the king with his face to the ground.

21 Araunah said, “Why has my lord the king come to his servant?”

“To buy your threshing floor,” David answered, “so I can build an altar to the Lord, that the plague on the people may be stopped.”

22 Araunah said to David, “Let my lord the king take whatever he wishes and offer it up. Here are oxen for the burnt offering, and here are threshing sledges and ox yokes for the wood. 23 Your Majesty, Araunah[d] gives all this to the king.” Araunah also said to him, “May the Lord your God accept you.”

24 But the king replied to Araunah, “No, I insist on paying you for it. I will not sacrifice to the Lord my God burnt offerings that cost me nothing.”

So David bought the threshing floor and the oxen and paid fifty shekels[e] of silver for them. 25 David built an altar to the Lord there and sacrificed burnt offerings and fellowship offerings. Then the Lord answered his prayer in behalf of the land, and the plague on Israel was stopped.”. 2 Samuel 24:10-25

What differences do you see between David and Saul?

One thought on “Saulish Worship Pt. 5”