Once again I am posting my Skywatch Friday on Saturday. But this week it is not because I am running behind but because it is expedient. I am actually writing at 2 A.M. on Wednesday morning getting all my posts for next week done since I am going to be away at Special Touch Ministry’s New England Getaway leading worship. I don’t imagine I will have a whole lot of time to post from the Berkshires. I will follow up on comments when I return. 🙂

This posts is created for Across the Board’s Two Cents Tuesday Challenge:BLISS

Once you wake up and smell the coffee, it’s hard to go back to sleep.
Fran Drescher

The first thing I think about when I think about bliss is Jesus. I have found my peace, my rest and my joy in Him. I enjoy life because He has made it eternal for me; But now if you ask me aside from worshipping Christ what in life makes me feel blissful it is coffee. Everyone who knows Pastor Wrinkles knows he loves his coffee! When I visit with friends it always involves a cup o’Joe. In fact I have even told people that when we all get to Heaven they should look me up and we will share coffee together in my mansion.

My sister Brenda and her friend Mona In Haarlem the Netherlands

When I travel I love to relax with a cup of coffee. 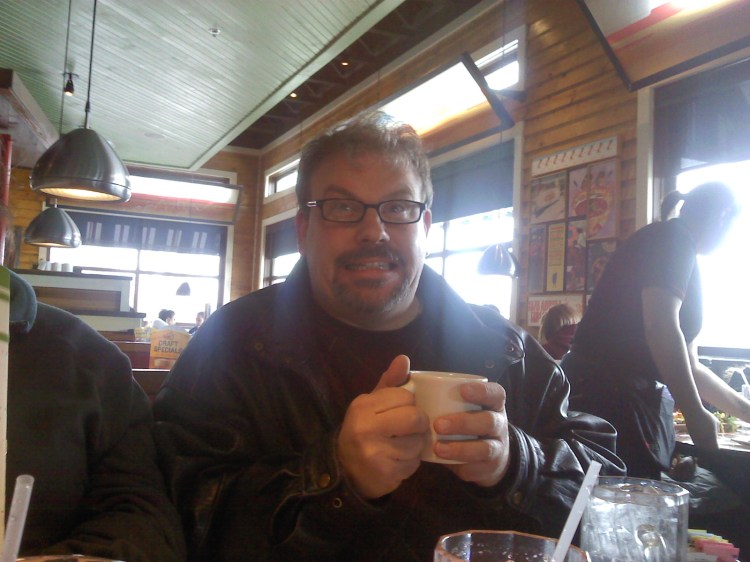 Oh, I like a hotel with a nice pool and a hot tub to unwind in.

But if I can’t have that a steaming cup of bliss will relax me anyway. 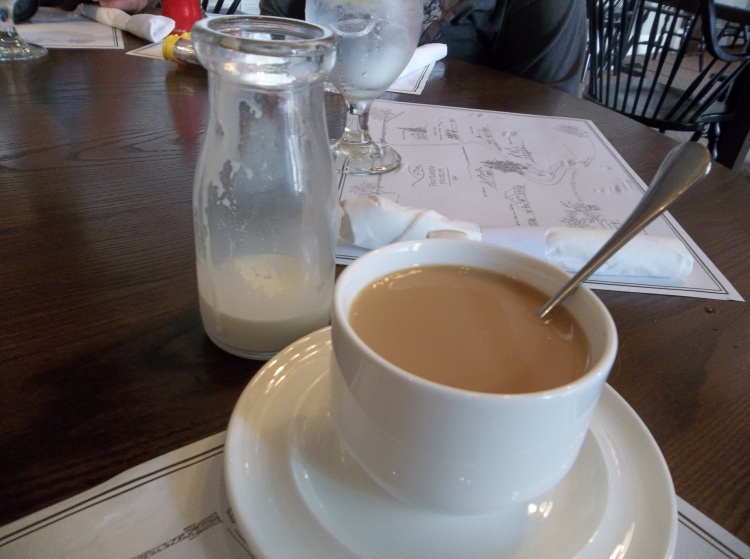 “If coffee were like dreams, then I would be wired in constant bliss, never needing sleep to live out my dreams.”
― Anthony Liccione

Check out other people’s answers to the bliss question here

What makes you feel blissful?

This Post was written as a devotional thought from Pastor Wrinkles after reading the challenge concerning “WORDS” from “Across the Bored”. To Read more “Two Cents” challenges go to http://acrossthebored.com/2013/09/10/two-cents-tuesday-challenge-words/

I have just finished Orson Scott Card’s prize-winning book, Ender’s Game . The antagonist’s (sort of) of the book are a race of alien insects, called “the buggers”. The buggers are a hive race who need no words to communicate with each other. Communication is complete openness  and to the buggers the inability to connect psychically is an indication of non-sentience. Of course to humans the inability to speak means the same thing. The book left me with a profound understanding that we humans take much for granted.

I got to thinking about all this in the context of my communication with the Almighty. He is not bound by words as I am. For example,He speaks through the breadth and depth of the creation

The wrath of God is being revealed from heaven against all the godlessness and wickedness of people, who suppress the truth by their wickedness, 19 since what may be known about God is plain to them, because God has made it plain to them. 20 For since the creation of the world God’s invisible qualities—his eternal power and divine nature—have been clearly seen, being understood from what has been made, so that people are without excuse.” Ro. 1:18-20

He speaks through a still small voice in the center of my heart which, though often framed into words, begins as little more than a strong inclination.

And then He bends to Earth and offers to use the clunky inadequate thing we call human language. When He does even that weak form is invested with such power it shakes the world throughout the generations.

“As the heavens are higher than the earth,
so are my ways higher than your ways
and my thoughts than your thoughts.
10 As the rain and the snow
come down from heaven,
and do not return to it
without watering the earth
and making it bud and flourish,
so that it yields seed for the sower and bread for the eater,
11 so is my word that goes out from my mouth:
It will not return to me empty,
but will accomplish what I desire Isaiah 55:9-11

If His words translated through the mouths and pens of others can cause such a great stir in the histories of men, what will it be like when the whole world hears His true voice?

He made darkness his covering, his canopy around him—
the dark rain clouds of the sky.
12 Out of the brightness of his presence clouds advanced,
with hailstones and bolts of lightning.
13 The Lord thundered from heaven;
the voice of the Most High resounded.[a]
14 He shot his arrows and scattered the enemy,
with great bolts of lightning he routed them.
15 The valleys of the sea were exposed
and the foundations of the earth laid bare
at your rebuke, Lord,
at the blast of breath from your nostrils. Psam. 18:11-15

I would love to hear your thoughts…

Never be in a hurry; do everything quietly and in a calm spirit. Do not lose your inner peace for anything whatsoever, even if your whole world seems upset.

Across the Bored at: http://acrossthebored.com/2013/08/06/two-cents-tuesday-challenge-calm/  has challenged us this week with the word “CALM”.

A few years ago after a season of prayer I wrote down a new life vision statement: “Live the slow, constant, intentional lifestyle.”

For me calm is not so much a place but a mindset. I am learning tranquility has little to do with location or even circumstances. It is all about a decision to walk slowly through the raging river of life; It is all about finding a constant rhythm of work, play and rest that defies the world’s attempts to sidetrack, distract and redirect me onto less productive pathways; It is about being intentional in all I do by understanding who I was made to be and where I am meant to go.

I do not pretend to have mastered this lifestyle yet. I am good when my days go as planned. I feel calm in the beautiful places; But as Publius Syrus said, 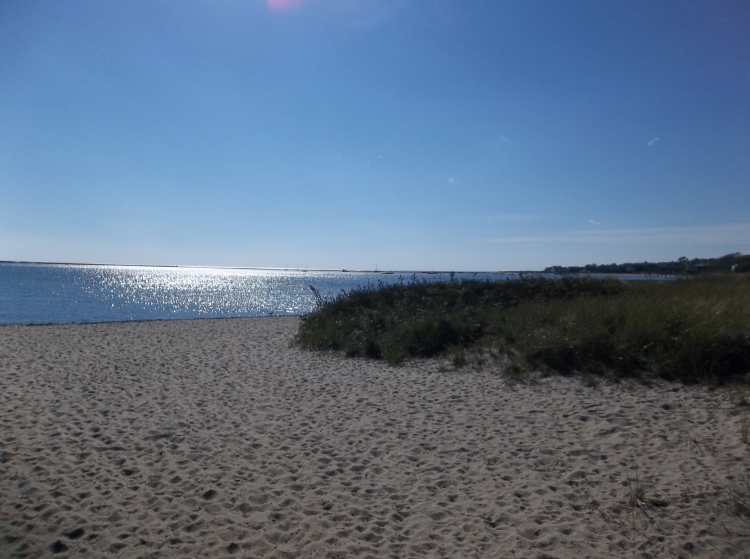 Anyone can hold the helm when the sea is calm.

The true test of calm comes when my life-ship approaches the white water. Calm is truly tested when nothing goes according to schedule, when all my plans are contested and confounded by constant interruption and by the shrieking of the world’s need. I have learned though that nothing can touch a calm that is truly seated in Christ.  If I believe that my circumstances  are just a random set of events perpetrated by the flapping of a butterflies wings in China then my calm is easily rattled. However if I can somehow in my slowness, constancy and intentionality understand that my circumstances are fully under the control of a loving God then I can remain calm even as I walk through the “Valley of the Shadow of Death.”

I love the times and places that easily lend themselves to calm and relaxation.

But I am coming to love the river rapids of life more because in them I see reflected the calm that is produced by my Father in Heaven… the calm that cannot be shaken by anything in this world. 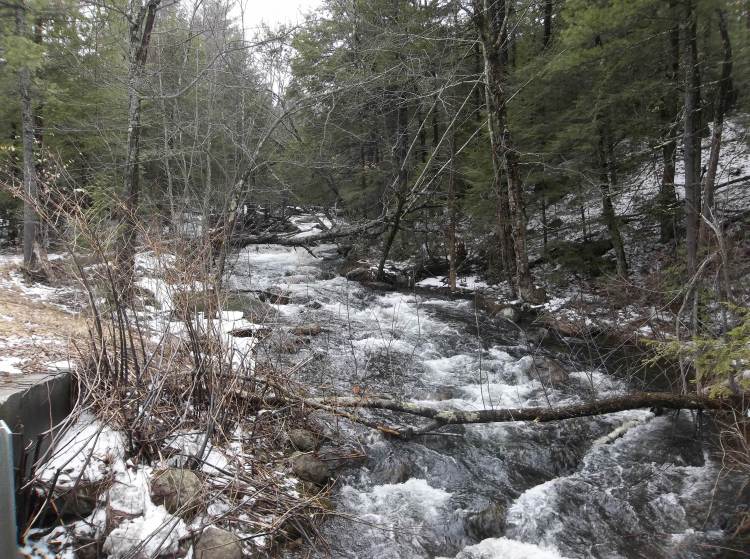 “You will keep in perfect peace
those whose minds are steadfast,
because they trust in you.” Isaiah 26:3 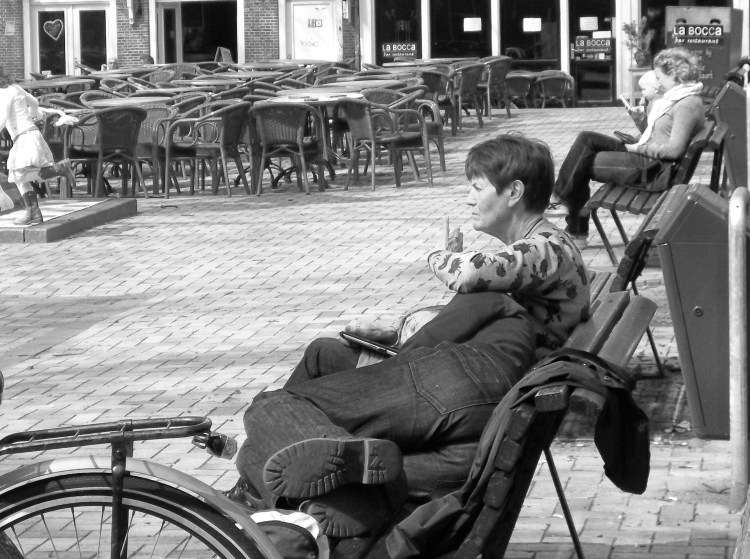 Therefore, since the promise of entering his rest still stands, let us be careful that none of you be found to have fallen short of it. 2 For we also have had the good news proclaimed to us, just as they did; but the message they heard was of no value to them, because they did not share the faith of those who obeyed. 3 Now we who have believed enter that rest, just as God has said,

“So I declared on oath in my anger,
‘They shall never enter my rest.’”

And yet his works have been finished since the creation of the world. 4 For somewhere he has spoken about the seventh day in these words: “On the seventh day God rested from all his works.” 5 And again in the passage above he says, “They shall never enter my rest.”

6 Therefore since it still remains for some to enter that rest, and since those who formerly had the good news proclaimed to them did not go in because of their disobedience, 7 God again set a certain day, calling it “Today.” This he did when a long time later he spoke through David, as in the passage already quoted:

“Today, if you hear his voice,
do not harden your hearts.”

8 For if Joshua had given them rest, God would not have spoken later about another day. 9 There remains, then, a Sabbath-rest for the people of God; 10 for anyone who enters God’s rest also rests from their works, just as God did from his. 11 Let us, therefore, make every effort to enter that rest, so that no one will perish by following their example of disobedience.

12 For the word of God is alive and active. Sharper than any double-edged sword, it penetrates even to dividing soul and spirit, joints and marrow; it judges the thoughts and attitudes of the heart. 13 Nothing in all creation is hidden from God’s sight. Everything is uncovered and laid bare before the eyes of him to whom we must give account. Heb. 4:1-12

It is to be understood that while the rest of God is always restful it is not always about resting. There is a Sabbath rest that goes beyond the Sabbath. It is the rest that resides in the heart that trusts in Jesus’ saving grace, and then  follows, obeys and carries out the commands of God. I’m all for a day of rest. I try to take one a week (some weeks more successfully than others). But I would rather have a heart that dwells in rest before God than to have a thousand days of bodily rest, if the truth were told.

Relaxing just isn’t relaxing if my heart cannot come to stillness or peace in the presence of my Savior. But if my heart is resting then the whole world can be a storm around me and I can still have my Sabbath rest in Jesus!

What has to change for you to come to that place of heart rest?

This post was written for the Two Cents Tuesday Challenge over at:   http://acrossthebored.com/2013/07/16/two-cents-tuesday-challenge-its-up-to-you-week-2/. Go check it out! There you will find a host of topics you can write on. 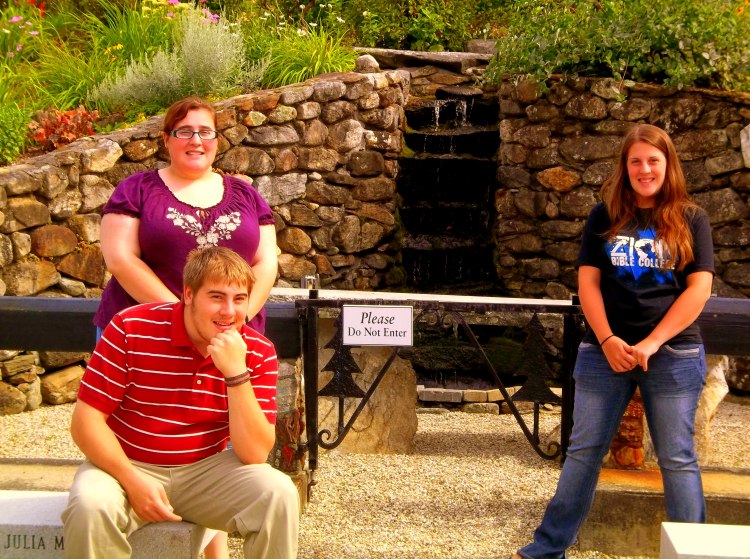 So here begins another Two Cents Tuesday Challenge. I have chosen to frame this challenge (theme special) as a poem. If you want to try out the Two Cents Tuesday Chllenge goto:http://acrossthebored.com/2013/04/09/two-cents-tuesday-challenge-special/ and follow the instructions.

Son’s bodhran on the

All tied to past, present and…